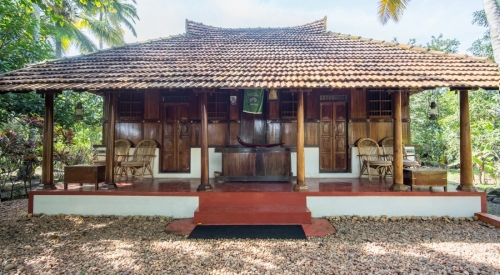 Other Spots in Alappuzha

Kuttanad lies at the very heart of Alappuzha district and is popular for its extensive paddy fields and geographical attributes. It is popularly known as the ‘Rice Bowl of Kerala’ since the spot is the major rice producer in the state and also has the lowest altitude in India. It is one of the few places around the world where farming is done below sea level. The Kuttanad Farming System has been declared by the Food and Agricultural Organisation as abGlobally Important Agricultural Heritage System. The Pampa, Meenachil, Achankovil and Manimala are four of Kerala’s major rivers that flow into this region. Kuttanad is also famous for its boat race in the Punnamada Backwaters known as ‘Vallamkali’.
The fun activities in Kuttanad includes private sightseeing tour and mountain bike tours. One can get involved in Kuttanad via a boat or a houseboat. There are more than 200 luxury boats in Kuttanad. The Alappuzha-Changanassery road that passes through the middle of Kuttanad is popular for the beautiful view of this locale it provides. Nature lovers and photography enthusiasts can have good time here with the scenic views of this place. Cruising through the backwaters and canoe rides in the water inlets are other participatory bustle here. The boats of State Water Transport Department travel to and fro, each side taking a time around an hour, covering the area of Kuttanad as part of its passenger-cum-tourist service. The nearest railway station is in Alappuzha and the closest airway is the Cochin International Airport which is about 85kms from Alappuzha.